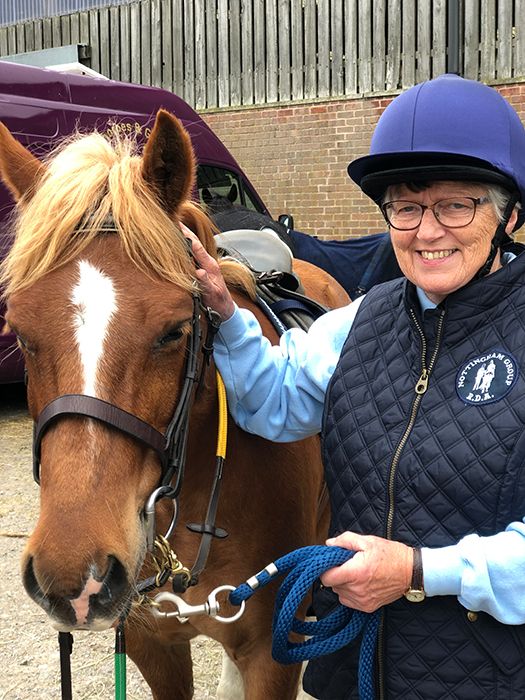 Currently we have two qualified Group Coaches who are trained and qualified to RDA standards and undergo regular assessments.

Penny Fletcher. R.D.A.G.C - Penny first joined the group in 2001 and took on the role of Group Coach in June 2005. She has a wealth of equine experience running her own riding school for many years and breaking and training young horses.

Sharon Broadbent R.D.A.G.C - I have been involved with and owned my own horse for over 30 years and was first introduced to RDA Nottingham Group in 1987 but had to leave due to a young family and work commitments. In September 2015, having retired, I decided to contact the group again to help. After about 18 months I was asked to become a group coach and was very pleased when in December 2017 I passed my assessment and now look forward to a long and happy relationship with the group

Lesley Davies R.D.A.C - Lesley joined the Nottingham group in 2005 as a volunteer helper.  Lesley is now a fully-fledged Coach with both Belvoir Vale and Kesteven RDA in Lincolnshire and has also taken on the role of County Coach for Nottinghamshire.  Lesley says " often what we consider to be the smallest improvement can produce the biggest change in the rider’s' life".